The present research report responds to the general objective of investigating a phenomenon poorly known as that of irrigation practised in the extracomprehension areas of Objective 1 regions (Basilicata, Calabria, Campania, Puglia, Sardinia, Sicily including Abruzzo and Molise).
The term extracomprensorial area means, for the purposes of this report, the area located outside the perimeter of the irrigated areas, i.e. of physical-administrative territorial units served all or in part by a system of irrigation works, the Management is entrusted to the consortium of Reclamation.
In essence, these are areas in which irrigation practice is carried out through the self-supply of water resources by farms, through the use of water withdrawn from private wells, often realized without the authorisations Provided by law and in part to small intercompany networks, with accumulation of water resources in private invases, or the withdrawal from streams with lifting more or less authorized. 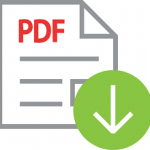